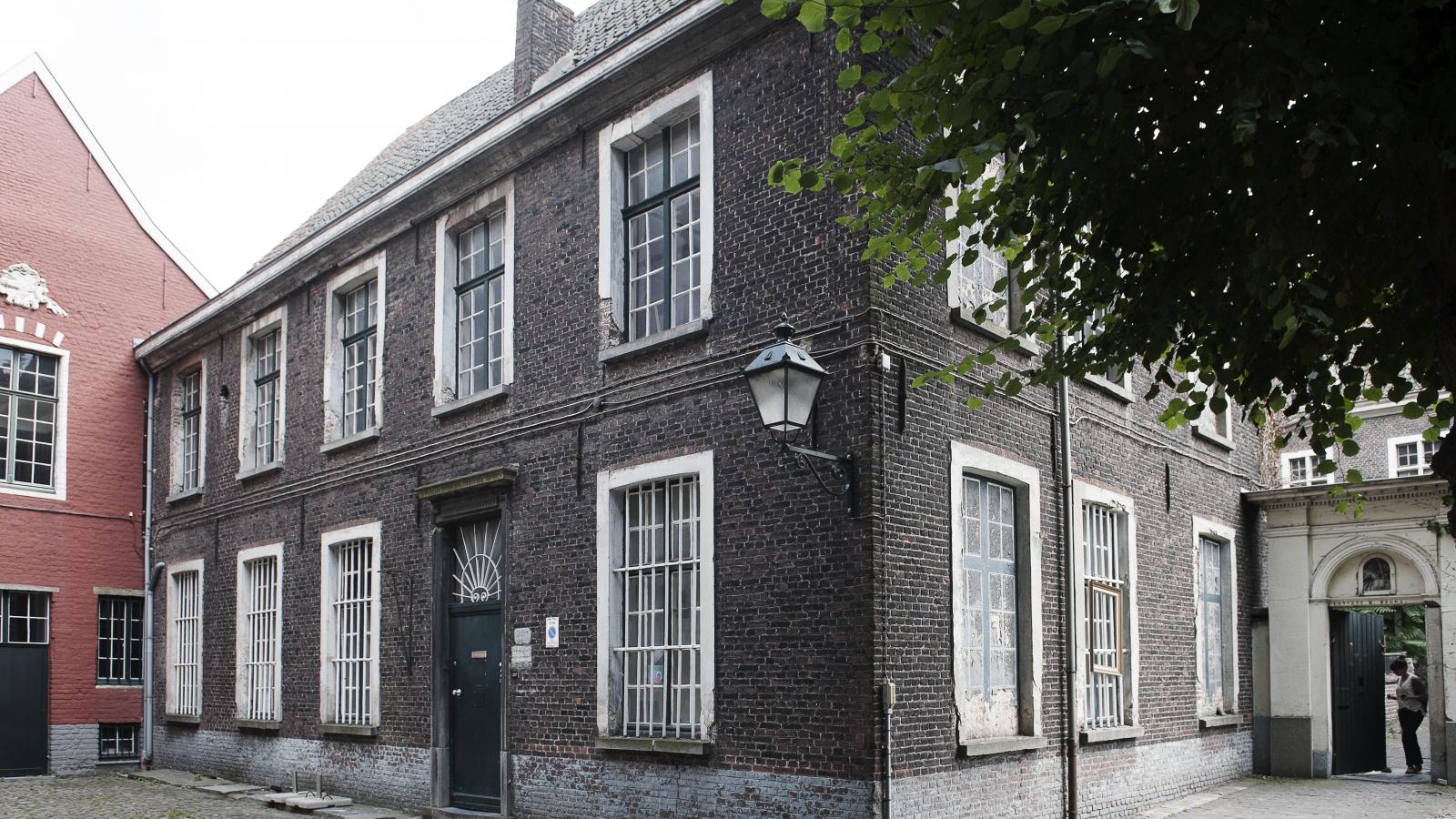 Joren Van Acker (°1994 Gent, Belgium) is a young visual artist that resides and works in Evergem/Gent.

In his formative years, Joren studied at the Sint-Lucas Art Academy in Ghent. He also obtained his master degree for Fine Arts at the Royal Academy For Fine Arts (KASK) in Ghent.

In the last few years, Joren has developed a personalized theme within his work. Whether it is a simple portrait of a labourer, a scene of a forlorn control room full of radars or a heavily laden freighter that is slowly disappearing into the sunset; the scenes that Joren Van Acker captures on paper are characterised by a certain tension. A tension that could be described as one second in time where everything threatens to change. In the year 2021, when the world seems more than ever closed off and unreachable, Van Acker succeeds, like a present-day Jules Verne, in transporting us to a world filled with discovery and imaginative technologies.

But in contrast to Verne, Van Ackers’ imagery of ships, barns, submarines and control rooms are based in a tangible reality. One that he explores through endlessly browsing through books, documentaries and archives. On the other hand that which was ingrained in him from an early age through experiences in the small harbour cafe of his grandparents. It was there that his fascination with the boundless waters was established. The initial illustrations that Van Acker drew in charcoal served as an ode to this special place. Thus, his art intertwines glimpses from the past, present and future.

From this, Joren utilizes a seemingly endless image archive; spending countless hours reading books and researching archival footage that spark an inevitable attraction to a specific image. Subsequently, every scene is meticulously selected to fit exactly how it will be captured on paper. This is how the artist, much like a film director, enacts complete control. While every illustration he creates can firmly stand alone, it also functions as a new chapter to an ongoing story. 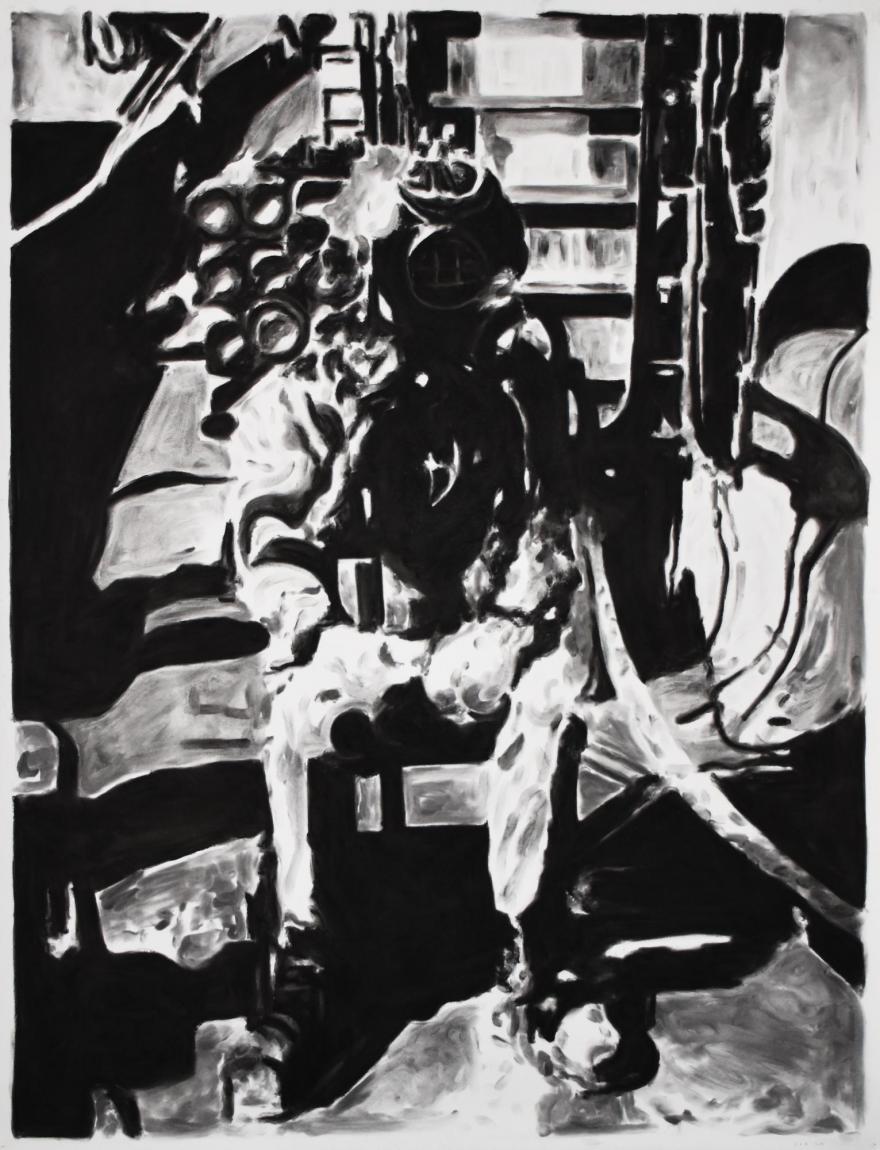 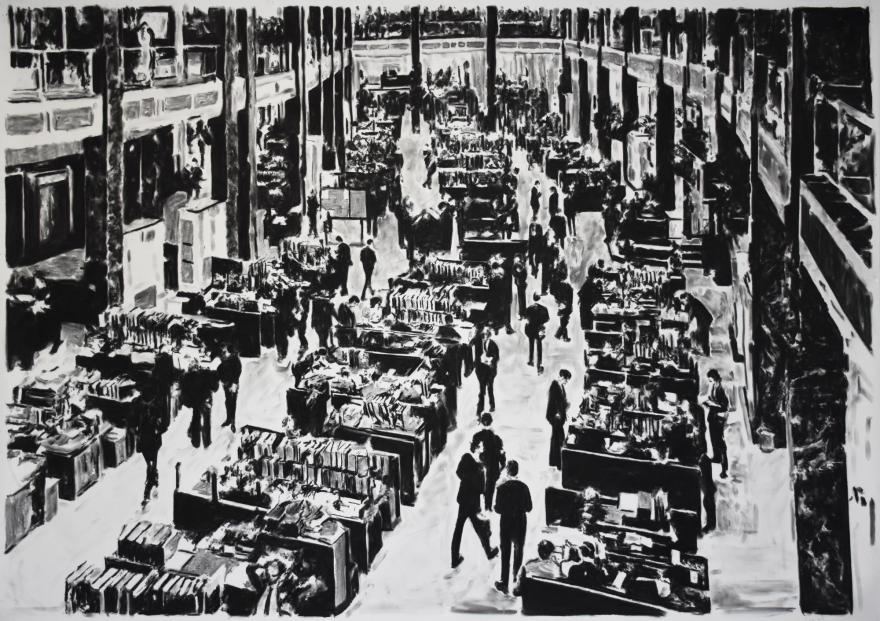 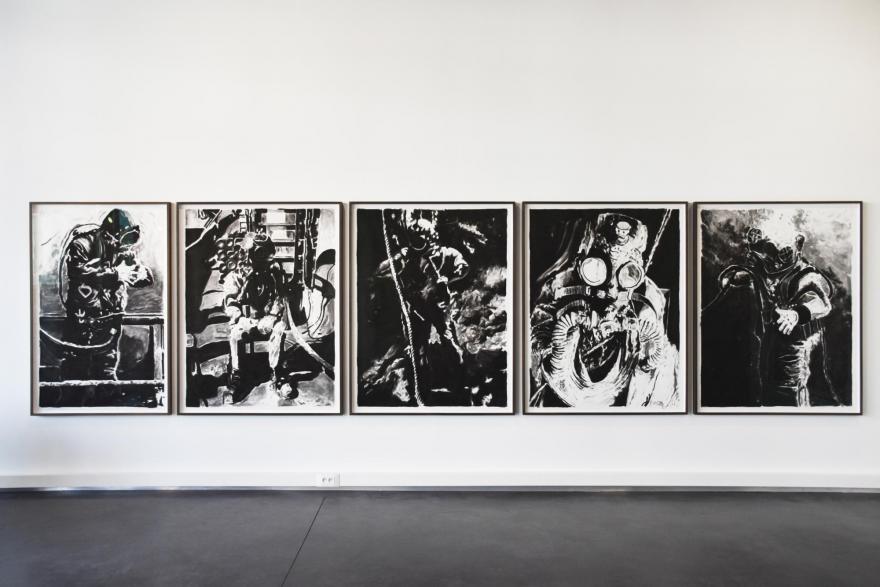 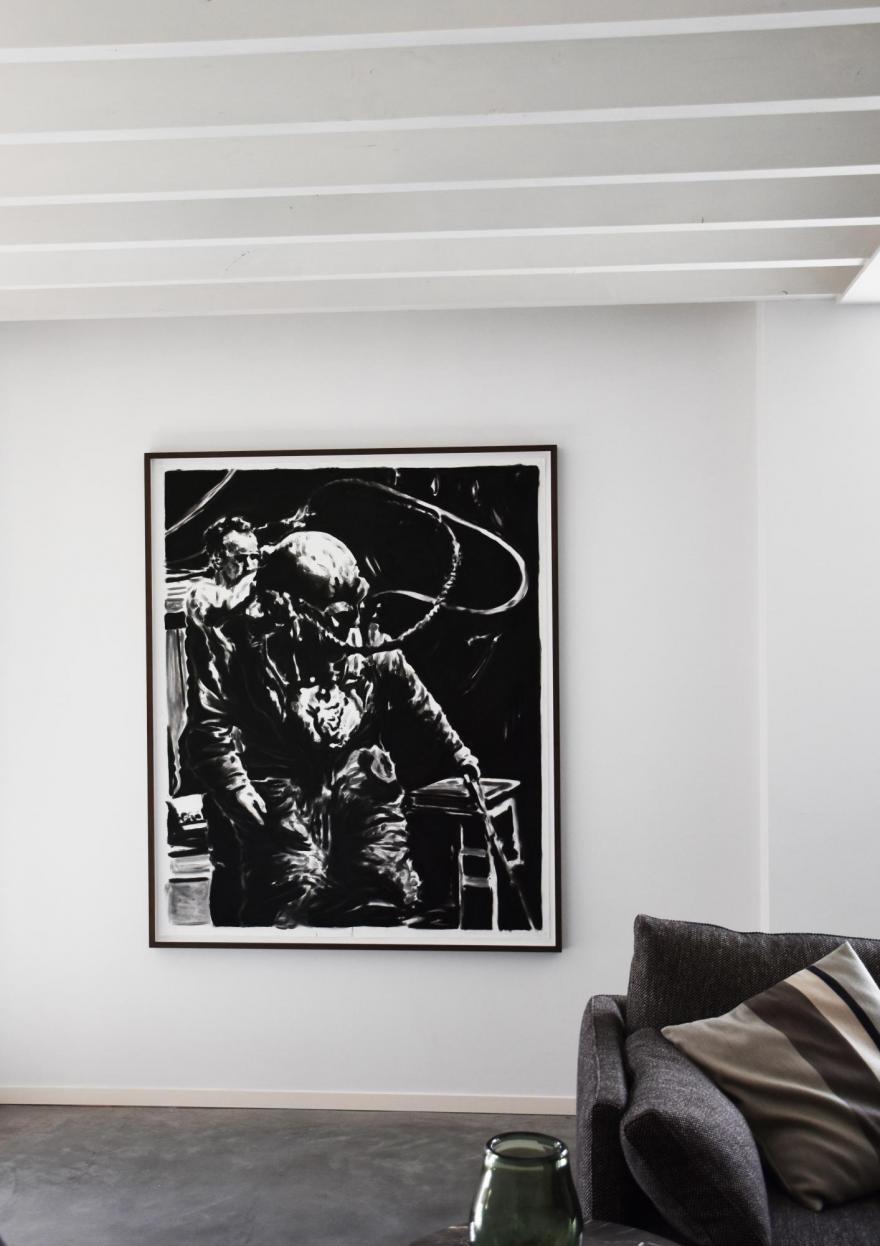 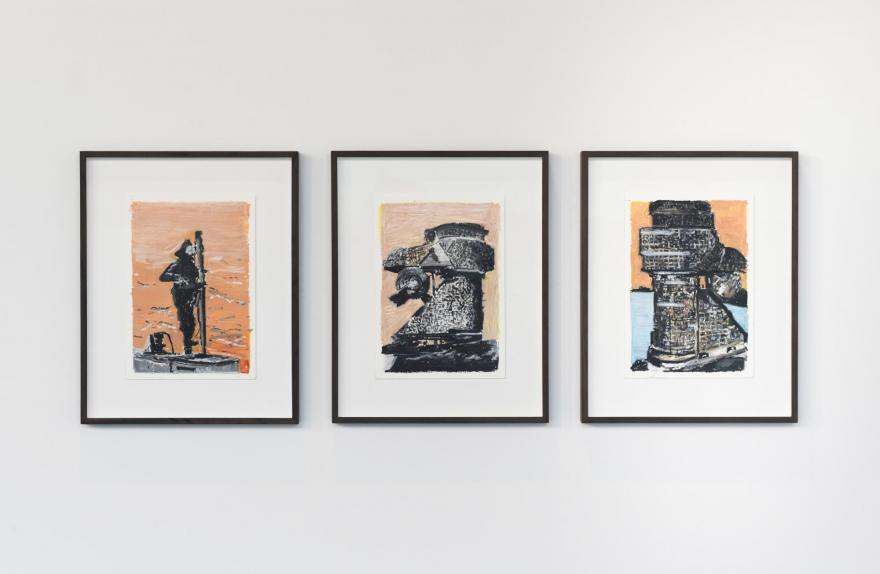