Linking different mediums, the unity and the solidarity of a work amongst fiction and reality, the relationship and ownership of a work amidst the artist and the audience. Through irony and sarcasm, she infiltrates reality and memory in order to create a personal mythology, with the purpose to engage with the rest. An important aspect of her work is alienation. Her latest work is considered as a unit of obscure objects inside a certified world. Questioning ways to create a human connection to something Xeno (Alien), to perceive in our senses something that holds no immediate reference to the coded reality.
Xeno is made of the unknown, the foreign and elements that do not belong in the existing spectrum of cognition. Although the need to trap it into human characteristics and logic is understandable, the act of trying to depict and describe, should be apart from the need to reflect one self in order to ‘’understand’’ its nature.

My works suspend amongst
acknowledgment and agnosia,
where that means that they
reveal and conceal elements of
diverse identities, creating a
vagueness, inserting the
element of unsureness. I am not
trying to produce a see-through
distinct narrative. I am just
trying to touch an overall
feeling of vagueness introducing
an element of unnatural and
alienesque that will
impact the selfhood of the
viewer. 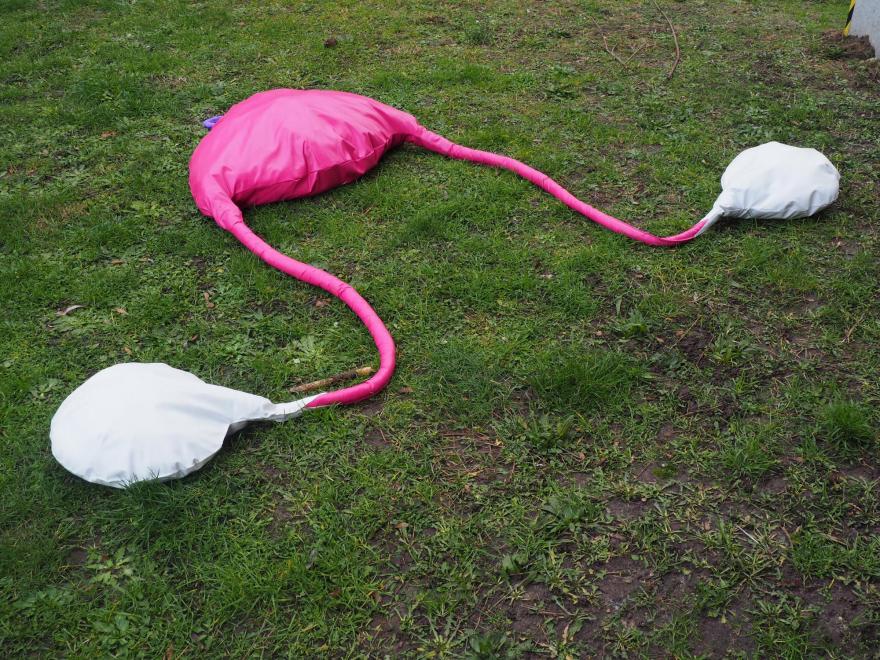 Throwaway Reproductive System- Without a System I am Free 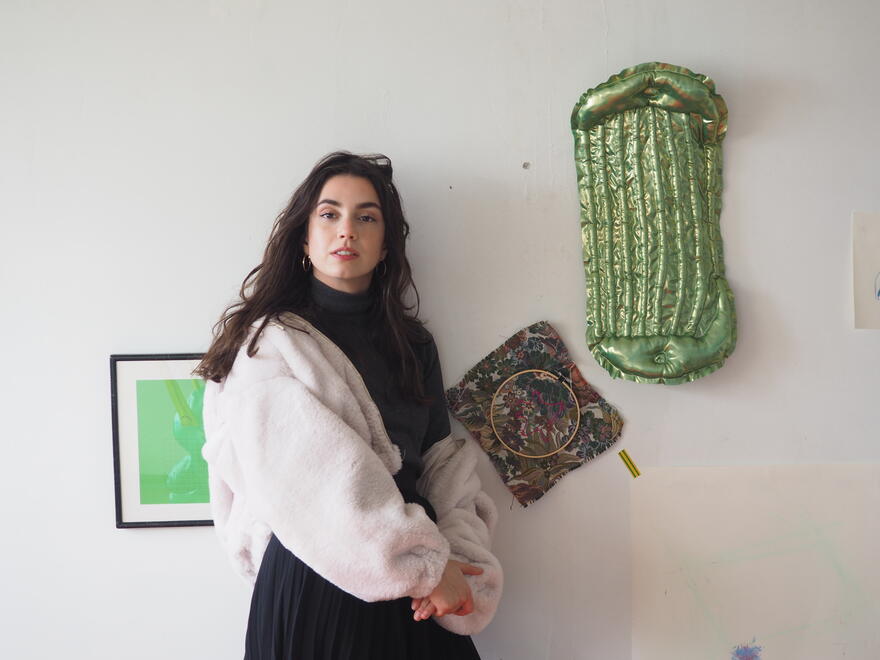 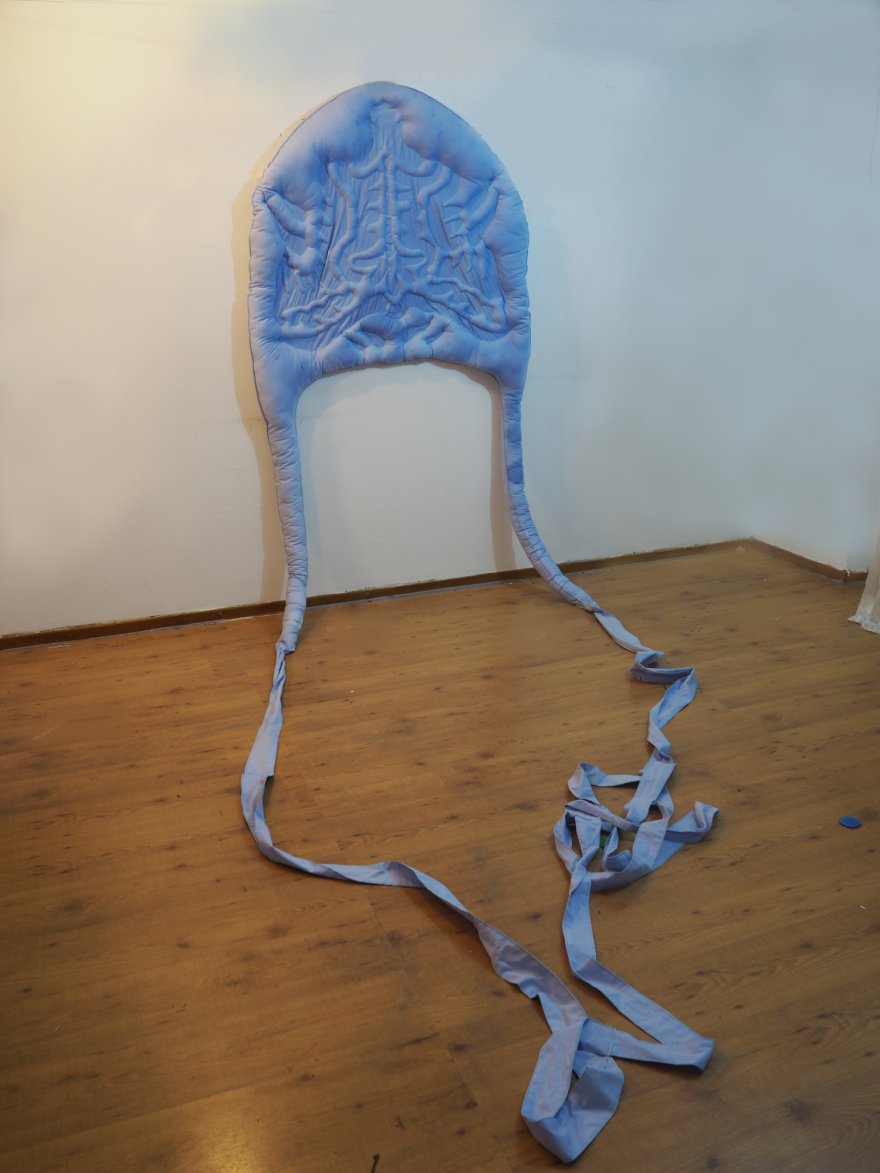 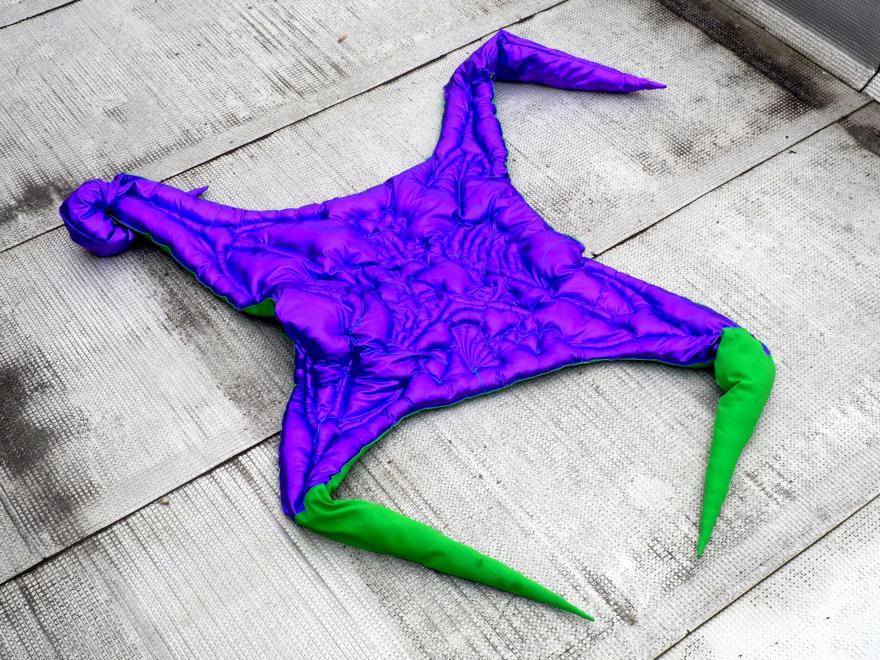 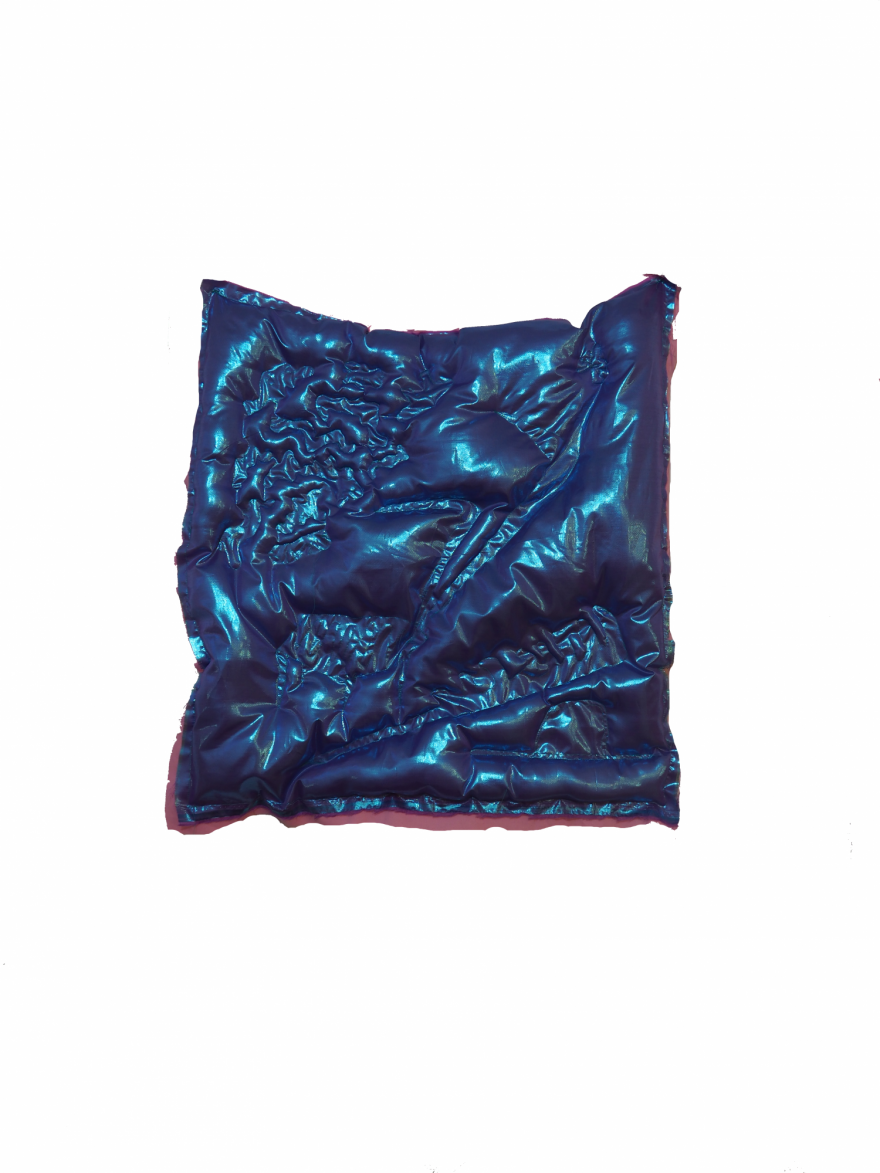